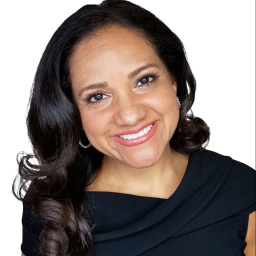 Anyone observing last year's holiday season and the plethora of home voice-activated devices purchased by consumers, might be surprised to learn that these devices are not necessarily being used for e-commerce transactions. In fact, eMarketer reports that only.4% or $2.1 billion of e-commerce in 2018 came from voice-activated commerce. Breaking it out even further, just over 50% of women have never purchased anything using their voice-activated device. Men do slightly better with almost 60% reporting they have used their device to make a purchase at least once. In this post, we will discuss some of the unique e-commerce challenges presented by voice-activated devices, as well as discuss what the future might hold for this emerging technology.

While it is likely that voice-activated devices will become more and more commonplace, it still takes time for the average consumer to discover all the potential uses of these devices. It's one thing to ask Alexa or Siri a simple question about today's weather -- it's another thing to trust a device enough to complete a financial transaction. Even though most people are now comfortable with using their PC or smartphone to make a purchase, these transactions involve actually seeing the transaction occur, as well as controlling it by fingertip. With voice-activated e-commerce, transactions are completed through voice alone, which removes some of the visual information and tactile interaction that helps consumers feel comfortable and in control.

Voice Shopping is A Different Way of Shopping

The traditional manner of shopping often included visiting several stores, comparing prices, quality, etc. Then online shopping emerged and consumers loved the convenience of shopping for and comparing items, reading product reviews, then completing a transaction -- all by way of a few keystrokes.

Voice-activated shopping is notably different than these more traditional methods. If a customer knows exactly what they want to purchase, then a voice-activated device makes the entire transaction a simple, brief conversation. However, many customers don't know exactly what they want to buy. They still want to compare various items, read reviews, and look for deals. In addition, in many cases, a visual representation of all their various options is critically important for an individual to help them make their final product selection.

Companies like Amazon have offered some discounts and sales in the hopes it will encourage their customers to try their Alexa devices to make purchases, but so far the incentives have been small. Customers simply aren't motivated enough to try a new way of parting with their dollars, which unsurprisingly turns out to be a very important part of their daily life.

The Future of Voice Commerce

It's not uncommon for a product or industry to initially experience some growing pains before eventually offering consumers something of real value. Both leading tech giants (Amazon and Google) seem to want to give voice-activated devices a real chance to become major components in voice commerce transactions. Lesser players such as Apple and Sonos are likely to remain focused on other services offered by home speaker devices.

All is not lost yet in the game of voice commerce vs traditional commerce, or even in the competition of which company will eventually dominate in the area of voice commerce. One crucial feature that holds notable promise is the incorporation of smart screens to go along with voice-activated devices. Just this addition alone would bring back the all-important visual aspect of shopping -- so crucial when making decisions about where to book a resort for a vacation, buying shoes or clothing, etc.

Are you ready to learn more about how to leverage voice in your business?

Check out  Discovered: Dominate online and voice search without wasting time or money

Discovered is the first book of it's kind written for business leaders to understand how to leverage expert techniques to stand out in online and on voice search.

About the Author Bethanie Nonami

Your first class is 100% free. Click the button below to get started!